The Unbearable Failure of Mask Mandates

Posted by Charlie Foxtrot at 8:00 PM No comments:

Remember that heady time way back in the Fall of 2016, when the Left shouted as one from their Safe Spaces that "Love Trumps Hate"?

The Left was aghast at all the alleged forms of hate that they saw in the form of a Donald Trump candidacy. They even went as far to make up nice signs, and hold peaceful protests to show how serious they were. 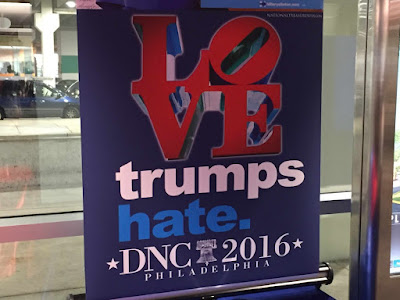 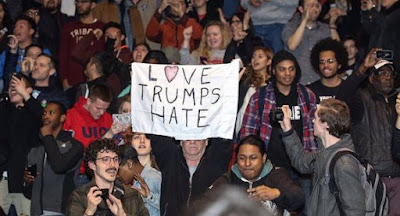 You would think that the United States had suddenly transformed into an oppressive, fascist state overnight.  The young lefties who had never been told no,and always been awarded their participation and "Great Try" ribbons, had no idea how to handle losing.

So what better way to show you are a mature and emotionally stable adult who should have a seat at the table of deciding the direction of a nation?  Rioting of course!  And lots of whining, blubbering, and vulgarity as well.... 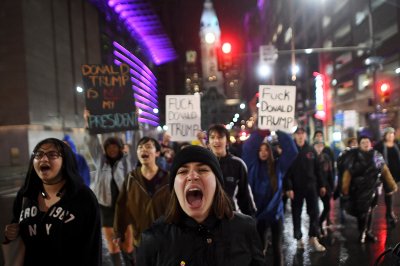 Hate Trumps Everything - IN!

Cry Me A River

That moment your realize all the nice countries you might want to live in now that Trump will be President all have extradition treaties with the U.S. 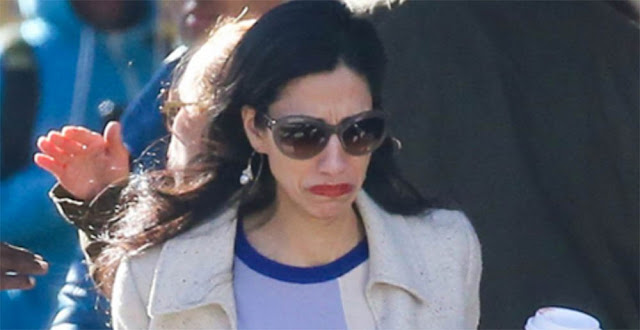 Posted by Charlie Foxtrot at 5:18 PM No comments:

I haven't blogged anything in many months, because, you know...life.

But what might bring me out of semi-blogtirement is this picture....

If it seems familiar I offer you two choices. 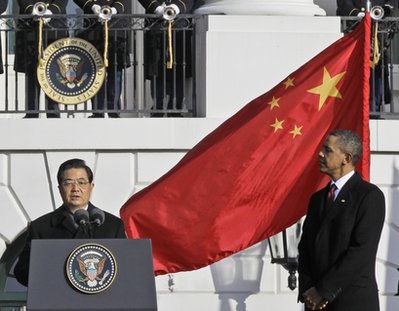 Or This... Who knew some lowly campaign worker (Outside of Tommy Vietor) in 2008 would now be setting our National Security policy! 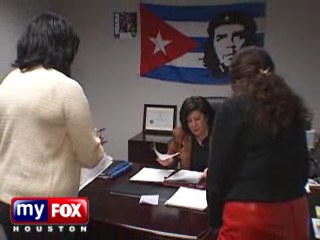 It seems that someone likes the Communist visual backdrops! Not a big surprise I suppose.

But as the title suggests, I would like to remind the President...

Posted by Charlie Foxtrot at 10:50 PM No comments:

Ideologies v. Guns, and Hope as a Strategy

It is good to know that leftist logic never changes.

A quote from President Obama yesterday, that would have been right at home in protests of the 1960's....

"...in order for us to defeat terrorist groups like ISIL and al Qaeda it's going to also require us to discredit their ideology -- the twisted thinking that draws vulnerable people into their ranks.  As I’ve said before -- and I know our military leaders agree -- this broader challenge of countering violent extremism is not simply a military effort.  Ideologies are not defeated with guns; they’re defeated by better ideas..."

Hmmm, are we sure about that?

Now, yes, evil ideologies must be supplanted by better ideas, but most times that supplanting must be done at the point of a gun.  Those nasty evil guns....and lots of soldiers with guns, occupying enemy territory, and delivering defeat.

To use a time tested maxim, "Hope is not a strategy".  And "No Boots on-the-Ground" is not a winning strategy either.

Not on their own.  Our better ideas require guns to conquer the evil ideas that are washing over the landscape unabated.

Evil ideologies are not just defeated with guns, they’re defeated by better ideas backed by the threat, even the use, of guns.  The sooner the President realizes that, the better.
Posted by Charlie Foxtrot at 7:59 PM 1 comment:

Just a reminder of what the Obama Administration told us only recently...


As @JimGeraghty at NRO likes to say "All Obama statements come with an expiration date"...
Posted by Charlie Foxtrot at 11:02 AM 41 comments:

Did the CIA really "spy" on SSCI?

I suppose that is open to interpretation. But if you read most press accounts, or listen to Diane Feinstein's hyperbole, you might believe that they did.  Even though the facts might point in another direction (IMHO).

The first media reports and screaming headlines made it seem like CIA had sent wet-work teams to break into DiFi's office to bug her computer, ala Watergate.  Slowly the hysteria has been walked back, but some still persists.  This Arstechnica headline for instance: "How CIA snooped on Senate Intel Committee’s filesIt's easy to search someone's network when you hired the IT department"

First off, they weren't SSCI's files, they were CIA files in a CIA database that SSCI staffers were allowed access to.  Additionally, it wasn't "someone's network" (i.e. SSCI's), it was a CIA network* that contained said database and files.  So of course they hired the IT department.  But if you read most of the press, you would think CIA was hacking Capitol Hill.


*The Arstechnica article calls it a "stand-alone network not connected to the CIA’s that could only be accessed by CIA personnel with the permission of the Senate staff."  I would contend that this is still technically a CIA network, since they paid for it, built it, and maintained it.  If they accessed it against an agreement, I will leave that to the lawyers to decide if that is "illegal")

Aside from the detailed piece linked above, I highly recommend Eli Lake's article from last Friday, for a balanced piece of reporting: What's Inside CIA's 'Black Site' Database? And Were Senate Staffers Allowed to See?

Now whether or not the monitoring/auditing done was normal innocuous IT activity, or the crime that DiFi seems to think it is, I have no idea.  But I do know that most reporting has been based on speculation, misinterpretation, and projection, not actual facts.  Like the ones Eli Lake was able to report last week.

On one last note, I am not sure how DiFi can claim that this is some grand 4th Amendment violation, given that the staffers are USG employees, doing USG work, on USG systems.  Even if the activity was illegal, it in no way violated their expectations of personal privacy.  Every USG computer system (and phone) is required to have disclaimers stating that their use implies a "Consent to be monitored".

And given that post-Snowden, NSA was roasted for not monitoring what files their own people could access, shouldn't we applaud CIA to for perhaps tracking which files non-agency employees accessed?  You know, just in case they end up on the front page of the Guardian...
Posted by Charlie Foxtrot at 8:51 PM 6 comments:


Karzai to press showdown with Obama over security pact

I guess it just goes to show you that if you choose to lead from behind, you eventually get left behind...

In an Insurance Market, Far, Far Away...

This week in Obamacare is playing out like scenes from the original Star Wars saga...

"I am altering the deal, pray I don't alter it any further..."

Conservative Pundits as Emperor Palpatine on the outcome of Obamacare: 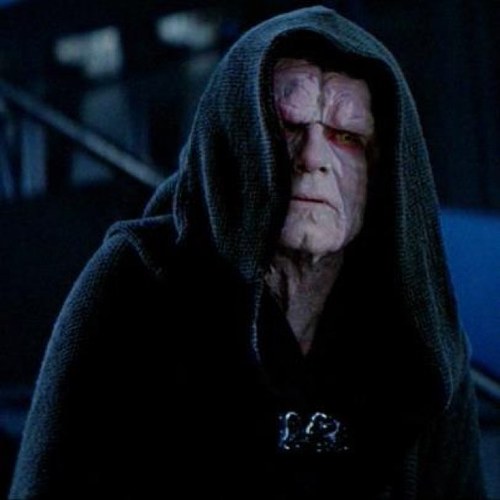 "All is proceeding as I have foreseen..."

And a special appearance by Democratic Senators from Red States as the people of Alderaan just before...well, you know...:

Usually, the Drudge Report is pretty good at doling out a fix for my ideological cravings with salty headlines and clever juxtapositions.

But today, Instapundit takes the top prize with his Schadenfreude Headline bonanza....

BAD NUMBERS: WaPo: This Chart Does Not Look Good For President Obama

BAD NUMBERS: CNN’s Jake Tapper: No Dems Would Talk To Us Today After ObamaCare’s Numbers Came Out

THE HILL: House Dems About To “Go Crazy.”

FRUSTRATION BUILDS: House Democrats Have Lost Their Patience With The White House Over Obamacare

EVERYTHING SEEMS TO BE GOING WRONG FOR THE ADMINISTRATION AT ONCE: Dems pummel administration on Iran

NOT VERY IMPRESSIVE: Only 106,000 Americans Signed Up For Obamacare in October


Stop the fight! Stop the fight, Mick!  The Champ is bleeding heavily from a cut above his left eye...
Posted by Charlie Foxtrot at 12:08 AM 1 comment: