Or at least that is what I am led to understand by the Editors of National Review...

Unintended, But Not Unforeseen

The Patient Protection and Affordable Care Act, a.k.a. Obamacare, is to the law of unintended consequences what Newton’s apple was to the law of gravity: the illustration that bonks us on the head with its obviousness. Practically every week since its passage has added a new dimension of mirth to Nancy Pelosi’s punchline for the ages, that we had to pass the bill to find out what is in it. Out of the mouths of babes and clueless politicians....

Meanwhile, Obamacare innovations such as the Community Living Assistance Program already are poised to far exceed the budgets established for them in the bill, and the turbocharged Medicaid provisions are threatening to bankrupt states across the country. Thanks to Obamacare, you will pay more for heart stents and other life-saving medical devices, and you’ll have less money to do so once all the additional taxes and fees with which the bill is larded up kick in.

For the life of me I don't understand why people in charge of setting up programs and picking their names many times don't perform a common sense test on the acronyms that those names will produce.

As to how severe this outbreak of the CLAP will be (there is very little info available in Google searches), but I am quite sure the best treatment will be a generous prescription of conservative Amoxicillin in November...

Posted by Charlie Foxtrot at 8:32 PM No comments: Links to this post

My absentee ballot is in the mailbox.

Adios Ciro Rodriguez! Holà Quico Canseco....and one step closer to taking back the House of Representatives!

Posted by Charlie Foxtrot at 11:04 PM No comments: Links to this post

Perhaps this isn't a major news flash, but the evidence continues to accumulate that Thomas Friedman is playing the role of useful idiot to today's big Commies (ChiComs) that the likes of Walter Duranty did during the heyday of the Soviet Union.

I have appreciated your past articles exposing Thomas Friedman’s ridiculous envy of so-called “progress” in China. But his latest article demonstrates beyond doubt that he has no clue about the real China or its people. Contrary to his protestation, his opinions are based on illusion and have no credibility whatsoever.

My wife was born in Shanghai and we visit her family there often. We also have traveled to many different provinces in China, including to adopt our two precious daughters. In all our travels, I have never come across anything that can be accurately described as “space age,” “ultramodern,” or “well-appointed” with the exception of the rare, isolated facility designed specifically to impress visiting foreign businesspeople or dignitaries and gullible journalists who are being led around by a governmental tour guide. 99% of the construction in China built for the average Chinese citizen over the last 10 years is comparable both in terms of quality and creativity to public housing built in Chicago, St. Louis or New York 40 or 50 years ago.

If Thomas Friedman bothered to visit with real Chinese families and saw how they actually lived, he would realize that his admiration for China is misplaced. He would no longer stand in awe of its buildings but rather would admire those Chinese citizens who have managed to remain inspired by the dream of freedom and liberty despite the oppression of their government.

(I still have to travel to China so please keep my name confidential in all respects. By the way, doesn’t that request say all that needs to be said about China?)

Yeah, when Friedman talks about the glittering, space age stuff it reminded me of Henry Wallace (FDR’s VP, former editor of The New Republic) and his visit to the Soviet Union, where he found one penal camp after another to be idyllic and often so much more impressive than the way we did things back in the U.S.

Jonah Goldberg, in addition to his indispensable "Liberal Fascism", has done a service of pointing out most examples of Friedman's ludicrous fascination with the shining example of Communist China:

Friedman is of late very frustrated with America for its failure to do what he says it must. Last September, in one of many columns lamenting that China does things better than we do, he wrote: “Watching both the health care and climate/energy debates in Congress, it is hard not to draw the following conclusion: There is only one thing worse than one-party autocracy, and that is one-party democracy, which is what we have in America today.” He continues: “One-party autocracy certainly has its drawbacks, but when it is led by a reasonably enlightened group of people, as China is today, it can also have great advantages.”

Well, for a useful idiot he is certainly more idiot than useful....
Posted by Charlie Foxtrot at 9:11 PM No comments: Links to this post

Over at Ricochet, Pat Sajak points out that for all their pontification about always requiring an "exit strategy" in modern warfare, the Democrats haven't take their own advice....

Current TV reports on its website that the number of people in the U.S. living in poverty is rising under the current administration and is approaching levels of the 60s that led to the War on Poverty. So, after a 45-year war and trillions of dollars spent, we’re back where we started. That’s what you get for entering a conflict without an exit strategy.

Classic....and it only gets better in the comments:

"Meanwhile, the war on prosperity is going quite well."

Vannah, I'd like to buy a vowel and solve the puzzle...the quote is "The government solution to a problem is usually as bad as the problem" by Milton Friedman.
Posted by Charlie Foxtrot at 9:18 PM No comments: Links to this post 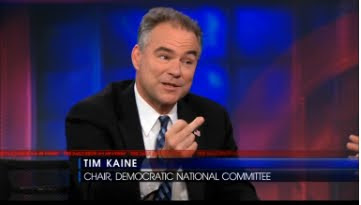 Ironically this response came when Jon Stewart asked the question, "What *have* you [Dems] done?" and Kaine is waxing about how it was a major accomplishment for the President to get Obamacare passed (@ 2:12).

HT: Instapundit
Posted by Charlie Foxtrot at 11:47 PM No comments: Links to this post

Bryan Preston at Pajama's Media highlights the outrageous and inaccurate statements of an assistant secretary of Veterans Affairs concerning the treatment of injured Vets...

“This unfortunately is the result of dollars. It’s money,” Duckworth said. “I think that we as a nation would want to take care of all of our veterans. But it means that we’re going to have be willing to get the folks in Washington to spend the dollars on all of our veterans. And as long as there aren’t enough dollars, then they are force to prioritize veterans.

“And combat-connected, disabled veterans are the highest priority. That is why when you and I go to the VA they will take care of me first because I am combat-connected,” noted Duckworth, who lost both of her legs when the helicopter she was co-piloting in Iraq in 2004 was hit by a rocket-propelled grenade.

“The difference is how did you get hurt. Unfortunately that’s just the way that … it’s a bureaucracy that was put into place in previous administrations in order to prioritize veterans because they didn’t spend enough to take care of everyone,” Duckworth told Wheeler.

As Preston goes on to explain, this is "Grade-A Bravo Sierra".

But the question I have is...if it was all "Bush's Fault", then why hadn't the new Obama leadership at the VA (Duckworth included) done anything about it??

Now you could reasonably expect to have some leeway when you place blame for something complex and intangible like "the economy", but when you are a bureaucratic administrator you cannot blame "a bureaucracy that was put into place in previous administrations" without also offering an explanation for why you haven't changed it after being in office for 18 months....

Of course the easy answer is that they haven't changed it because her statement wasn't true in the first place....
Posted by Charlie Foxtrot at 11:31 PM No comments: Links to this post

Apparently the President doesn't like it when his opponents "punch back twice as hard"...

Obama's line, in his Labor Day speech in Milwaukee before union leaders and a union crowd, that "[t]hey talk about me like a dog," is getting all the attention.

But what was most Obama-like about the speech was the launching of vicious attacks on his opponents, only to then cry foul over the fact that his opponents push back. Obama, as he did throughout the campaign and has done throughout his presidency, painted a picture of his political opponents as heartless victimizers of others, and of the capitalist system as cruel and inhumane.

This truly is another of those windows into his divisive soul. The Demonizer-in-Chief and the class warfare expert doesn't like being treated the way he treats others.

Why can't the rubes just appreciate what he has done for them?!?
Posted by Charlie Foxtrot at 11:21 PM No comments: Links to this post

Consider this a bit of ironic revenge on all those bumper-sticker-laden Volvos.... 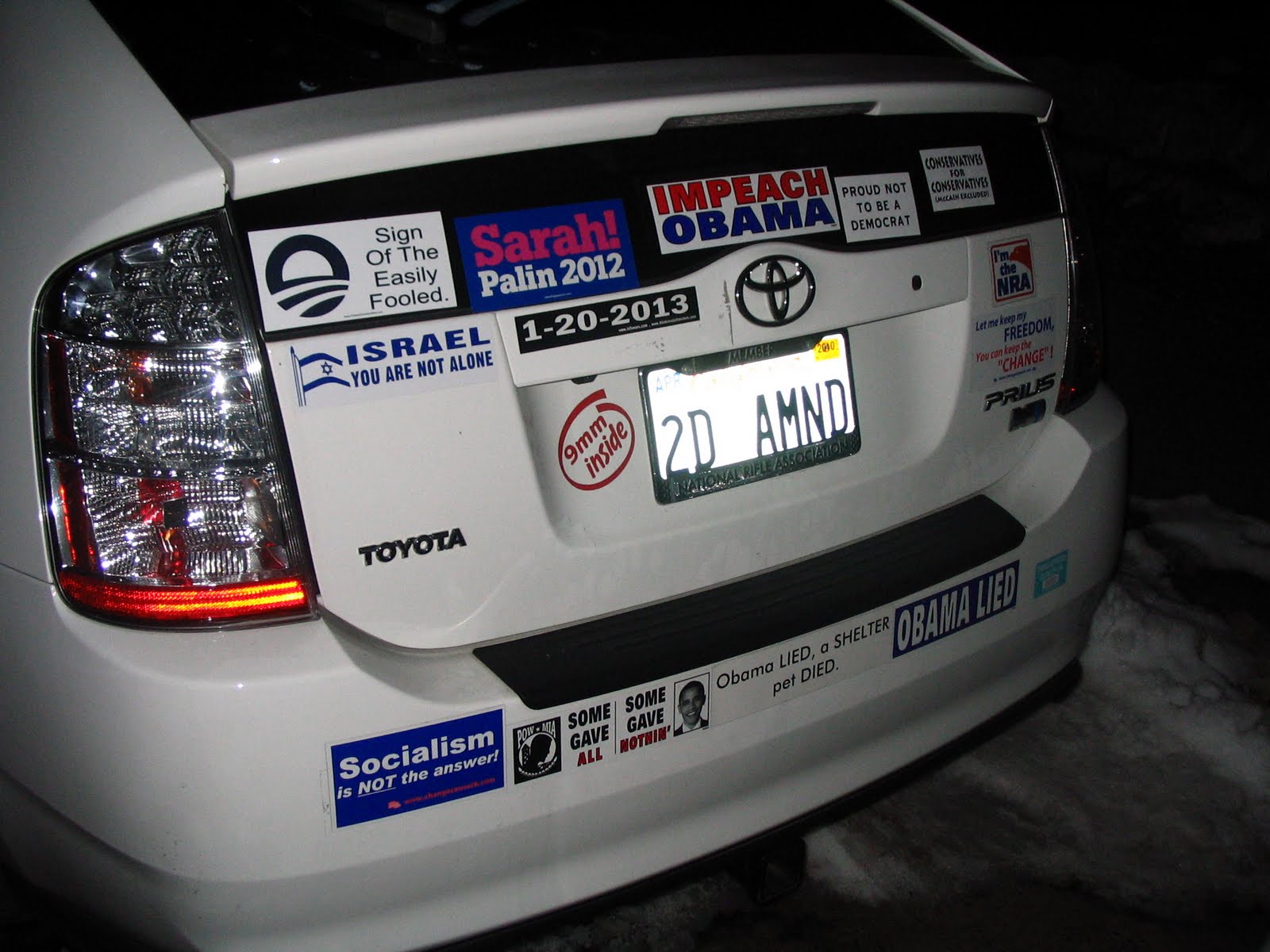 Hat Tip to Doug Ross, who also points out the absence of any 'peace' or 'coexist' stickers.

I would offer that the following stickers that could fill the void.... 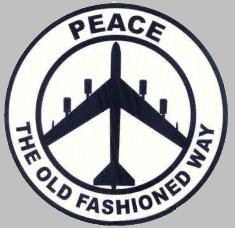 And So The Vote Buying Begins....

According to the WaPo via the ever-watchful Corner, the Obama Administration will begin to attempt to buy off American voters before the upcoming election.

The White House economic team is reportedly considering pushing for a second stimulus comprised of “tax breaks” for businesses — including a possible $300 billion payroll tax holiday, and a $100 billion extension of an R&D tax credit.

"The staff-level discussions are in preliminary stages. But with the unemployment rate expected to rise again in new jobs numbers due out Friday, such a move could serve both to spur hiring and to combat Republican charges that Obama’s tax policies would hurt small businesses.

More spending on infrastructure – particularly transportation projects – is also under discussion, sources said. But a person familiar with the talks said it would be easier for a package consisting purely of tax cuts to “avoid the stain of a ‘bailout’ or ‘stimulus’ label.”
The proposals could be rolled out as early as next week.

That sounds great if you ask me and my paycheck, but it won't change my vote. And I am betting it won't change a whole lot of other votes as well. In fact I would venture to say that it could drive more voters away, as those who are on the fence may well see it for the attempted bribe that it is.

Additionally, the WaPo offers some extremely flawed analysis by saying "such a move could serve...to spur hiring..." Really? They think that a temporary tax holiday will cause employers to hire permanent employees?? Once the holiday is over, they would have to start paying the taxes again, one of the reasons that they wouldn't have hired those people in the first place.

Much like 'Cash for Clunkers' and 'First Time Homebuyers' tax credits before it, this proposed temporary tax holiday will most likely have temporary effect...and a bad aftertaste when it is all over.

But then again, this proposal isn't about improving the economy, it is about sustaining the Democratic Party...

Posted by Charlie Foxtrot at 8:38 PM 2 comments: Links to this post