Life, Liberty, and Whatever, Part 3 - The Curse of Pelosi

Just over 6 years ago (holy crap has it been that long?), I blogged about some confusion over at the house organ of the left on which of the founding documents contained the words "life, liberty, and the pursuit of happiness".


Life, Liberty, and Whatever

Instapundit subtly points out that the NYT editorial writers (and their overseers) need to go back to school and re-take U.S. History 101.


THE NEW YORK TIMES' EDITORS think that the phrase "life, liberty, and the pursuit of happiness" is in the Constitution. But then, they believe many things that are demonstrably untrue.

Imagined NYT response:
"Constitution, Declaration of Independence...whatever. You are taking my words out of context, and missing the bigger point....blah, blah,blah."

Flash forward to 2013, and we can still find prominent lefties who profess alleged love of the Constitution, but have no idea what is (or is not) actually in it.   Thanks to Ed Morrissey for pointing us to the confused rambling of the woman who was once only behind Joe Biden in line of Presidential succession.  Watch and shudder....

But, I guess when one is on the left, the correct document or citation doesn't really matter given that they like to create "rights" where there is not actual constitutional documentation to begin with.

Update:  As linked above, additional suggested Pelosi Constitutional citations can be found at #NancyPelosiConstitutionQuotes.  My fav thus far "The right of the people to keep and bear Arms, shall not be infringed unless you own a gun or something."
Posted by Charlie Foxtrot at 10:22 PM No comments: Links to this post

In an article today (mostly behind a paywall) the Sunday Times tries to stir up a tempest by implying that the ChiComs are challenging the U.S. supremacy in drone warfare by building a drone that is faster than the American MQ-1 Predator. 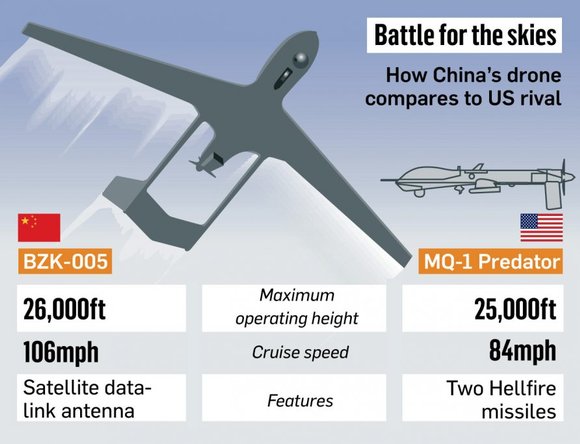 While the Times is technically correct, it overlooks some pretty obvious points.

First, the Air Force Is Through With Predator Drones.

Second, the Air Force is transitioning to MQ-9 Reapers.

So if you want to compare the Chinese drone with the MQ-9 on paper, it is no contest.  It can cruise at 193mph, and carry "Up to 14 AGM-114 Hellfire air to ground missiles can be carried or four Hellfire missiles and two 500 lb".   While the BZK-005 can fly unarmed for 40 hours, the MQ-9 can fly 42 hours with external fuel tanks and a thousand pounds of munitions.  If it were to fly unarmed, the MQ-9 would fly even longer.

While it is always fun to compare capabilities, and here the MQ-9 is the better comparison than it's little brother, the simple fact is there are many different types of drones, designed for different types of missions. Some are faster, some fly higher, some carry more, some are more stealthy.  But it is useless to make comparisons in a vacuum, unless you are comparing similar mission profiles.

Yes, Chinese drones are coming, and they will be capable.  But if you want to make comparisons, at least choose a peer competitor.
Posted by Charlie Foxtrot at 9:53 AM No comments: Links to this post

News from the real world:

HOPEY-CHANGEY: There’s a bear in the woods again.

But those pesky Commies took the opportunity to instead reset it to 1979...

As with all "well intentioned" liberal efforts, the word that always rears its ugly head is...."unexpectedly"!
Posted by Charlie Foxtrot at 12:11 AM No comments: Links to this post 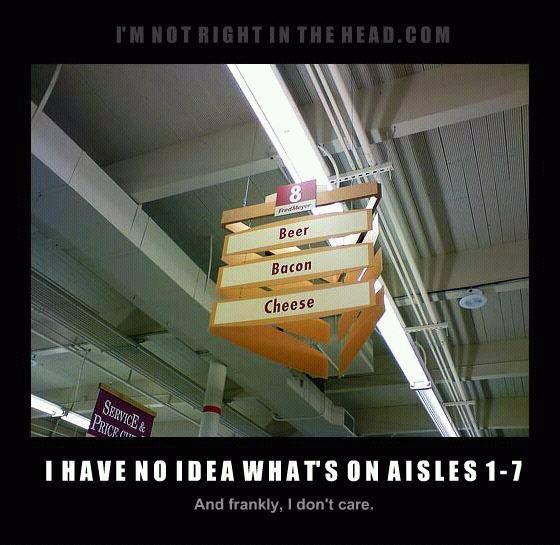 Posted by Charlie Foxtrot at 8:59 AM No comments: Links to this post

Another Rube Bites The Dust

Today's release of the latest employment figures was greeted with the normal cheerleading from journalistic titans like The Today Show, and The View....

But it also garnered scorn from the standard retinue of reality-based individuals who have the temerity to point out the obvious....the unemployment rate actually dropped because more people are not working.

As pointed out by Instapundit, this growing cabal of racist naysayers of President Obama's heroic rescue of the American economy now includes the Washington Post....


THE BAD REVIEWS KEEP COMING IN — AND THAT’S JUST AT THE WAPO: The five worst things about this crummy jobs report.

However this not just the WaPo, but the insufferable Ezra Klein.  You just know Obama has jumped the shark when stalwart rubes like Klein refuse to toe the line...and then whip out charts and figures to cut the President's rosy economic agitprop off at the knees.

However, the best takedown of the recent "improvement" in unemployment is offered by @travesham in under 140 characters:


Our drop from 8.1% unemployment to 7.3% is analogous to losing 20 pounds by cutting off a body part.

And Obama will call it a dieting success!

Posted by Charlie Foxtrot at 9:40 PM 3 comments: Links to this post